To school or not to school, that is the question 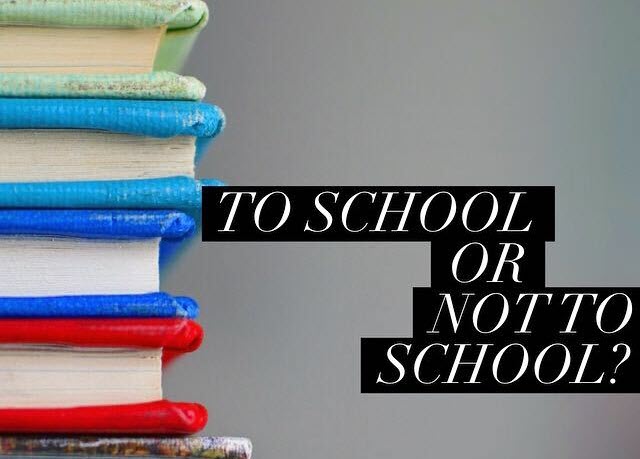 In a recent interview, Dr. Fauci stated the importance of K-12 in-person learning, while emphasizing that the priority remains to keep students and staff safe. For parents of school-aged children, this could require them to “dramatically modify their work schedule.” Since online learning doesn’t work for everyone, and schools have long been ways to provide social, psychological, and nutritional support in addition to education, there are many good reasons to want schools to be re-opened. But the risks are significant – how can parents, schools, and communities navigate a way forward?

Since COVID-19 outbreaks first came to the attention of public health officials, closing schools has been an important way to contain the virus and to signal to the public that there was a public health emergency taking place. Moving education online continues to be a strategy in some places; in Washington state and California for example, most schools are deciding to go 100% virtual for the fall term.  This is a very difficult situation for working parents who either cannot work from home, or they cannot do both homeschooling and working from home right now . Families also do not always have the technology to provide at-home learning to their kids while they also use computers for their own jobs.

A recent survey by Parents Together on virtual learning revealed a huge inequality gap for students.  Households that fell in the lowest socioeconomic status were 10 times more likely to report that their child was doing little or no remote learning at all. Reasons for this may include inadequate devices for all the kids to learn on, lack of reliable internet access, or that their school district wasn’t offering distance learning materials. Many of these households also held essential jobs for which remote work was not possible. Parents from these families were also more likely to report negatively about the distance learning and more worries that their child is falling behind in school. Only 1 in 5 children with special needs reported they were getting the services they needed, and parents reported double the concern about their child’s mental health status.

Moreover, in the U.S., 11 million children depend on free or reduced-price lunches at school.  A family’s grocery bill on average increases by $300/month without the Federal National School Lunch program. Some families do not have access or do not qualify for these Federal programs.  As the coronavirus pandemic hit in the spring, many schools developed programs in which families could get grab-n-go lunches or EBT cards for funds. There were problems with this program such as access to families, delays in applications for funds, and now that it is summer many of these programs have ceased. With many parents also unemployed, according to Feeding America, more than 54 million American households are likely to experience food insecurity, including 18 million children this year.  Even as more families turn towards food banks, some of these organizations have had to cut down on volunteer staff and decrease in-person donations due to the virus.

Experts are concerned about the mental health of children during the pandemic. There isn’t just the fear of having a loved one get sick and die, but also the interruption in routines that schools, daycares, and summer camps give many kids’ lives reassuring structure, and the fact that children’s mental well-being is often affected by hard economic times.  Another disturbing statistic is that across the nation, child abuse hotline calls are down since teachers, who are mandatory reporters, are not able to directly see and speak with students and detect signs of possible abuse. In the state of Massachusetts, for example, calls dropped 55% from March to April as schools shut down.

With this information in mind, it’s clear that getting children back in school is important. But can it be done safely for all involved?  Several teachers have now died in Sweden due to not practicing social distancing in some schools. Certain countries like Israel are seeing a worsening outbreak since opening schools. Before Israel re-opened its schools on May 17th, it had cases only in the double digits daily. By the end of June they had closed over 240 schools and ordered the quarantine of 20,000 people. Testing found that over 60% of children were asymptomatic carriers. Similarly, a Georgia state summer camp had over ¾ of tested campers (260/344) test positive with only about ⅓ of them (100) displaying any symptoms. A recently published South Korean study appears to demonstrate that children can indeed transmit COVID-19 to others (children over age 9 were correlated to transmission rates similar to those of adults) and introduce the virus into households. This information coincides with some emerging evidence that kids may produce higher viral loads of SARS-CoV-2 (and possibly therefore transmitting it more to others) without displaying many symptoms like adults do. The mounting cases suggest that we need to be concerned not just for children, but the adults (parents, grandparents, teachers, other school support staff, etc.) in their lives.

The pressure to go back to school hasn’t been easy for teachers and other staff members.  The Department of Education refuses to release the exact number of teachers in the U.S. that have fallen ill and/or died from COVID-19.  It is estimated that as many as 79 teachers have passed away including teachers, paraprofessionals, and a school nurse.  Many staff are at high risk such as a woman from Staten Island, NY who was a cancer survivor and passed away from COVID-19 complications. Many school professionals will be out of work going on a year by next spring such as bus drivers and janitors at the schools, yet surveys like the one from Mississippi indicated that 78% of teachers and staff want to remain virtual and delay in-person opening due to safety.  Virtual learning definitely still needs improvement.  In a survey from Wisconsin of 12,000 teachers, ⅔ reported being stressed about virtual learning, and 4/10 teachers reported some of their students had no internet or could not access virtual learning. The other concerns from this survey teachers were reporting included, “Lack of feeling connected to students”, “Unable to contact or reach the students virtually”, and “Worrying about the mental and emotional well being of students.”  For many districts, this is the first time they have ever developed a virtual learning program.

Another wrinkle in this discussion is that the long-term risks and sequelae of COVID-19 infections (even asymptomatic ones) in children is still unknown. There are concerning cases, such as Kawasaki-like illness being displayed in children who had no other pre-existing conditions, and an 18-year-old who developed diabetes after an asymptomatic COVID-19 infection. It’s becoming increasingly clear that some COVID-19 infections (in adults, at least) will lead to long-term post-infection syndromes with extreme fatigue and other debilitating symptoms. Children are profoundly affected by deaths in their families – what might the long-term mental health consequences for a child be if they believed they were responsible for spreading COVID-19 to a parent, grandparent, or other loved one, let alone if that loved one died or became permanently impaired?

There are ways to mitigate risks for kids, parents, teachers, and the community.  Many countries are trying out different models for going back to school, including space between desks, kids wearing masks or face shields, or hybrid models of virtual learning, where kids learn in person just a few days per week. Preliminary studies from the U.K. and Australia suggest that COVID-19 spread can be limited at schools with enough testing to detect cases early and contact tracing to quickly identify and isolate those who may have been exposed. Increasing the circulation of fresh air and using A/B days (also known as “cohort classes”) to reduce the number of students on campus may also reduce risk and rates of transmission. Outdoor classes should be considered where/as long as weather permits. In all cases, there needs to be a plan in place for testing and what would happen if an outbreak were to occur.  Neither the U.S. Government nor the CDC has put out specific school reopening guidelines, and the very few recommendations they have made would cost school districts on average $1.8 million, which most school districts cannot afford.

Schools could reopen more safely if community transmission of COVID-19 were low, yet many areas have prioritized the re-opening of indoor gathering places (churches, bars, restaurants) where people often don’t wear masks or physically distance and COVID-19 can spread more easily. If reopening schools is truly a priority and as important for children and families as experts say, then local governments should consider choosing schools over some types of business. As England’s children’s commissioner recently noted, “Too often during the first lockdown, children were an afterthought … If the choice has to be made in a local area about whether to keep pubs or schools open, then schools must always take priority.”

As this pandemic stretches into the new school year, parents and teachers are put in very difficult positions, and many children are not getting the education and the support that they deserve. As long as schools are closed, communities and governments need to find ways to de-couple nutritional, mental health, and other supports from schools so these services can continue to be provided to those in need. The Naturopathic Alliance extends its solidarity and compassion to all those affected, and urges governments and communities to develop and prioritize solutions that put kids and safety first. 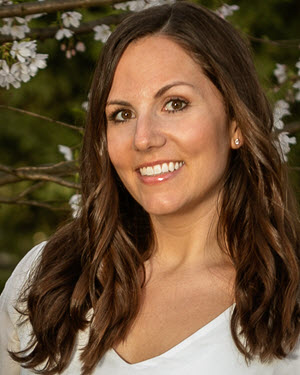 Allison Apfelbaum, ND, LMP lives and practices in Woodinville, WA. She is a member of the Naturopathic Alliance. 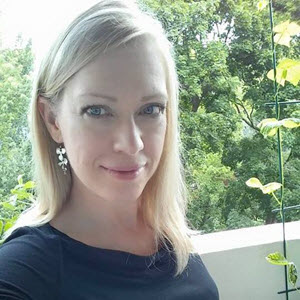